A broad overview of the history and split-world setting of my next novel.

Let’s wobble a bit into the future.

Humankind managed not to wreck the planet. (Yayyyy us!) But only because Mother Nature’s never-ending cosmic snooker game got the best of us first. Yep. Bruce Willis and Steve Buscemi hit the snooze button, and the big rock hit us. Ben Afflek tried on his own but, you know… Ben Afflek. Poor Dude. Icing on the cake; the asteroid was mostly radioactive garbage, so the whole world got dirty-bombed.

***Let me interrupt myself for a minute. This whole scenario may not be feasible. If current astronomical science doesn’t support the notion of big balls of radioactive junk flinging around the universe, then I invite Neil deGrasse Tyson to write a foreward for this book. That’d be dope.***

So back to the story. We did not have the time or means to evacuate the planet before Fenrir hit. Not enough fuel for that many rockets, not enough time to prepare places to live on other worlds.

But one pioneering dude had managed to master kinetic-field manipulation enough to levitate large objects into the stratosphere. (He was great at parties.) Decades before Fenrir the Asteroid’s approach, his invention allowed for the development of luxorious levitating condos in the sky. That was the model the world followed when it came time to build shelters for the world’s population.

The doom and gloom that killed all the dinos off with seasonal affective disorder (ok, and freezing, too) was all below the clouds. But the particulates that make up clouds stay mostly down in the troposphere. So, instead of building our survival bunkers way underground, everyone got to move here: 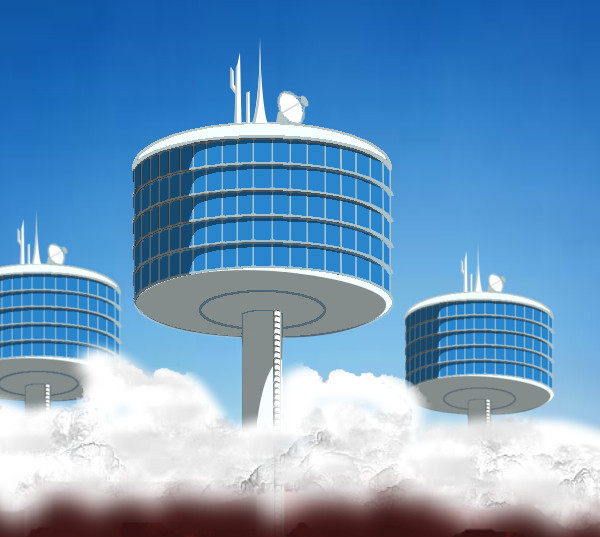 Meanwhile, all our fusion plants, heavy industry and sealed hydroponics facilities are down on the ground, run by robots. In the world of Beneath White Clouds the dynamic is clear to every single surviving human on Earth: people live in the sky. Below the clouds is a hell of radioactive frozen grit and heavy industrial pollution. Nobody goes there. 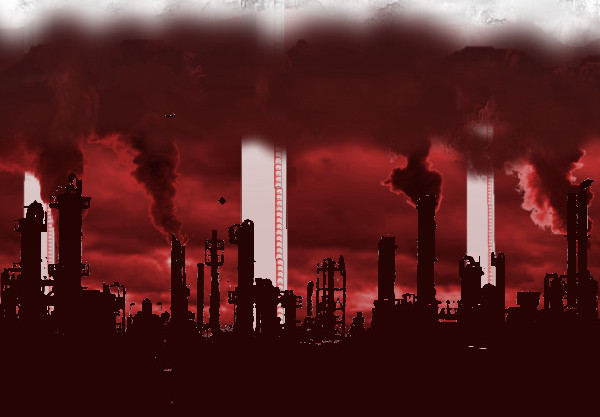 (But, man, let me tell you! Got some ppphhhheeeeenomenal deals on timeshares down here!)

So it’s a balanced system. Humans above. Robots below. Say it with me now: What could POSSIBLY go wrong?

Back to Beneath White Clouds