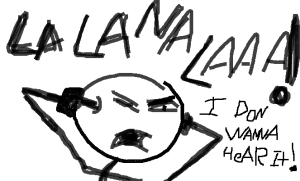 It strikes me that I might have to give up the Internet on December 18th. I’m not a HUGE Star Wars fan, but I like the films and am looking forward to this new one. But I’m not joining the mad rush to see it right away. I can wait a bit.

The trouble with that is that starting during the first showing on December 18th, the floods will begin. (actually, I’m west coast. So, it’ll really start late on the 17th, won’t it?) The net is going to be inundated with reviews, rants, memes, spoilers, praise, shit-slinging, and most definitely some Star Wars / stupid cat video crossovers.

When I go into the theater to watch this movie, I would prefer not to have had my opinion pre-formed or influenced by the Geekosphere. Unfortunately, I like to do things online, which is where the Geekosphere is at its loudest and most annoyingly, belligerently, selfishly un-censored.

I fear that I may have to go hide in a cave until I’m ready to see the film, have showtimes communicated to me by smoke signal, and make my way through town and into the theater with blinders on and without talking to anyone. Really, it’s going to take some extraordinary infrastructure and support from many friends and loved ones for me to see this film with an untarnished, unspoiled open mind.

Oh, internet, you may become a tool of true democracy and and engine of worldwide equalization of power and influence… but you are also a channel of supreme annoyance, a challenge against anyone’s self-control and sense of decent public behavior.

Please, my fellow geeks, do us a favor, and don’t blow your nerdly wad all over the net about this movie. I know I’m asking in vain – Some of you decent private-citizen nerds might listen, but there are too many review sites and paid bloggers out there who won’t be able to afford to keep quiet about this. So, yeah, back to the cave idea…